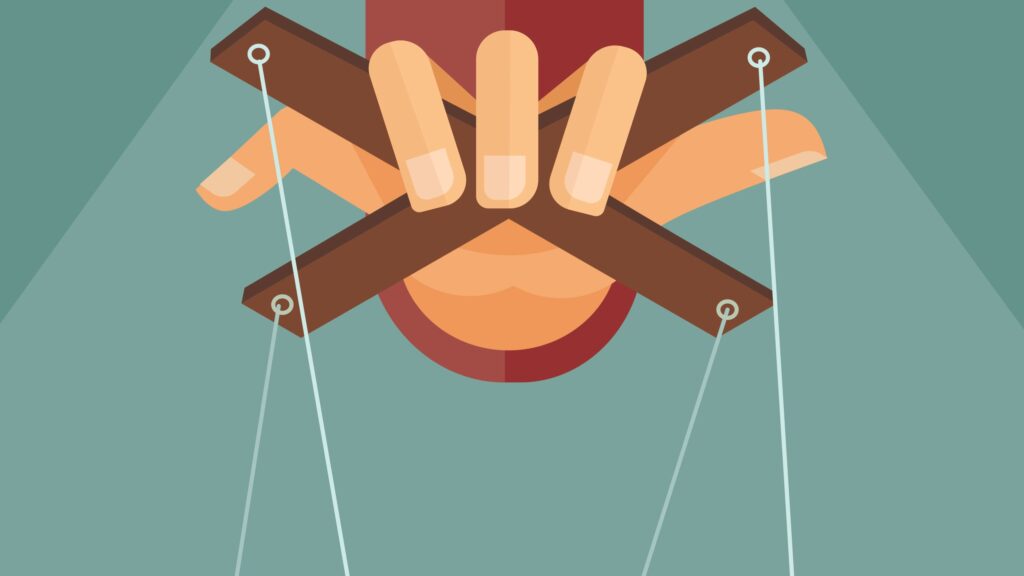 Some of the more notable figures in housing and landlord-tenant law we came across in 2020.

With landlords and tenants hanging on by a thread, many people have stepped up to offer solutions. We survey some of the most influential people in housing, along with up and coming figures who will shape the future. 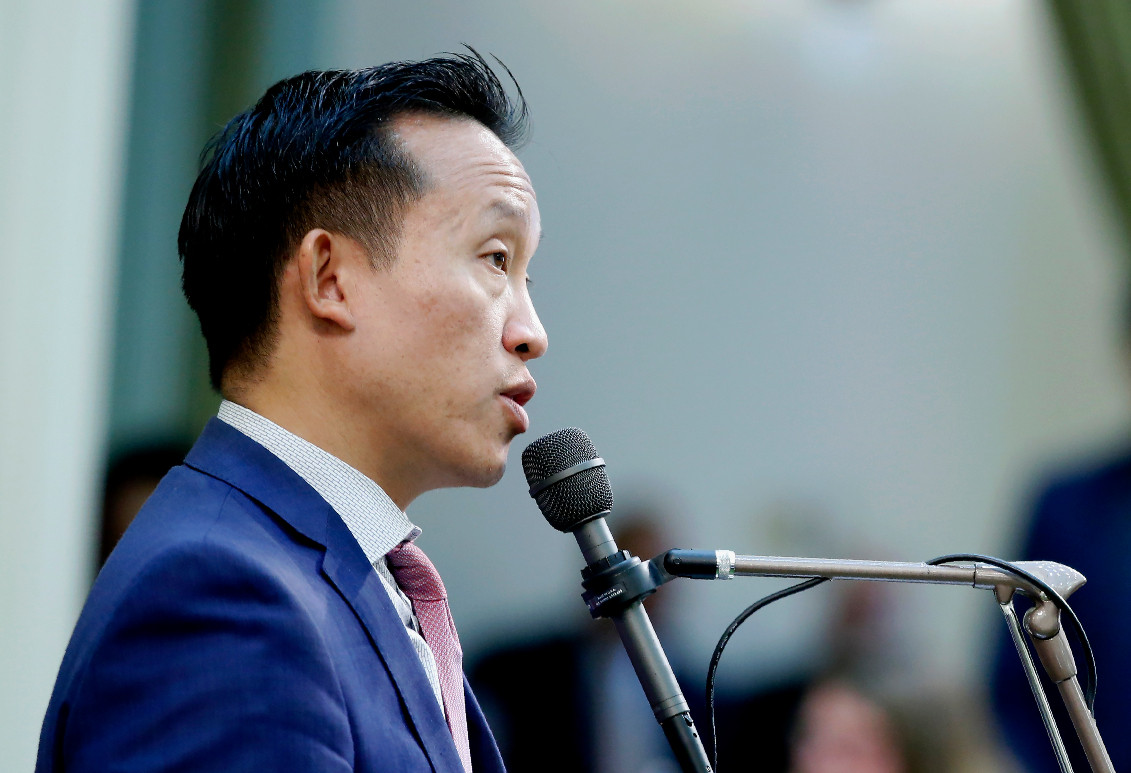 Any discussion about landlord-tenant legislation in 2020 would be incomplete without the mention of David Chiu.

Already the most prolific author of tenant protections, Assemblymember David Chiu was instrumental in brokering the COVID-19 Tenant Protection Act of 2020 (AB-3088), a law we discussed at length here.

With eviction protections expiring on January 31, 2021, it is up in the air how lawmakers will craft more permanent solutions to the economic fallout of the pandemic. With the introduction of Assembly Bill 15, Mr. Chiu wants to extend the eviction protections under AB-3088 until the end of 2021. 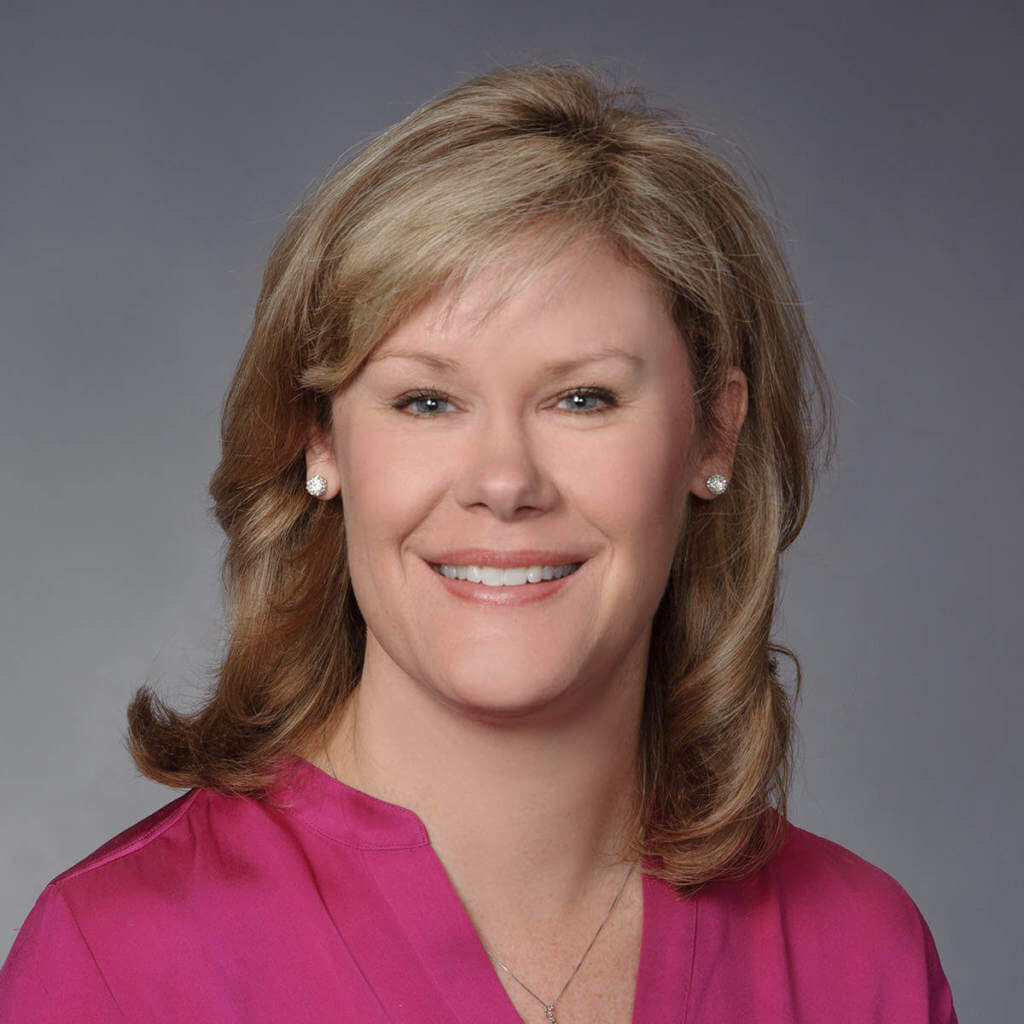 2020 was a rough year for rental property owners, but they had no greater ally than the California Apartment Association. As its Executive Vice President, Debra Carlton was always on the front lines making the case for landlords who faced unpaid rents, rising vacancies, and unreasonable eviction restrictions.

A lot has gone wrong for landlords in the past year,  but if anything went right, Debra Carlton probably had an imprint in it. She was widely quoted in various media outlets as the definitive voice for landlords.

Carlton argued that lawmakers did not do enough to help owners and operators keep their properties running, not to mention paying property taxes and mortgage expenses.

Listen to her give her takes in a recent radio program »

Prop 21 went down in defeat, solid leaders empathetic to the hardships of property owners were elected to the statehouse, and an ill-conceived COVID-19 measure that would be catastrophic to landlords failed, as did a bill limiting security deposits. Housing supply bills, on the other hand, won passage.

Throughout the pandemic, CAA was committed to telling a counter-narrative that was often drowned out in the media but heard by many sober minds. Debra Carlton and CEO Thomas Bannon were the chief ambassadors.

While the first reflex of lawmakers was to protect renters, Carlton was always quick to point out that landlords have hardships of their own and that a reasonable compromise should be reached so that both tenants and landlords can come out ahead on the other side of COVID. 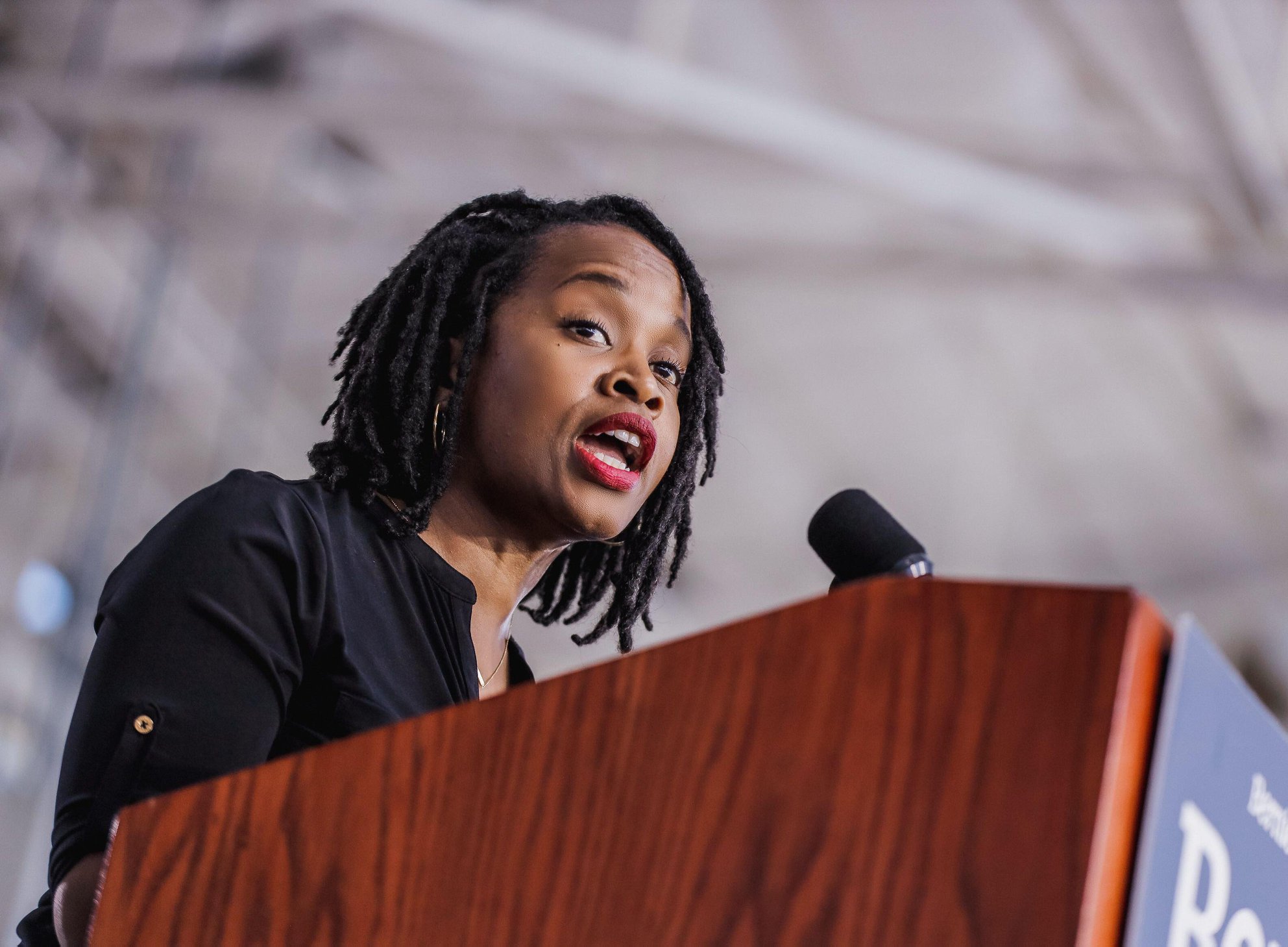 After Carroll Fife was evicted and displaced from her Oakland district, she said she would come back. She made good on that promise.

One of the masterminds behind the Moms 4 Housing movement is now council-member elect and vows to combat the housing crisis from inside City Hall.

The community organizer was the mastermind behind the grassroots collective launched after a group of homeless and marginally housed mothers occupied a vacant West Oakland house that was owned by a real estate investment company. The cause reverberated throughout California and around the country.

The message that housing is a right struck a chord during a time when rents remained untenable for many and was amplified from the growing distrust and frustration with investors who left properties vacant when housing was most sorely needed. Long-lasting change followed.

Legislation was enacted that makes it harder for corporate homebuyers to go on a shopping spree at a foreclosure auction and tenants now can advocate for themselves in ways they never could before by having the opportunity to purchase their building if it goes up for sale, or designate a housing organization or land trust dedicated to affordable housing to become the new landlord. 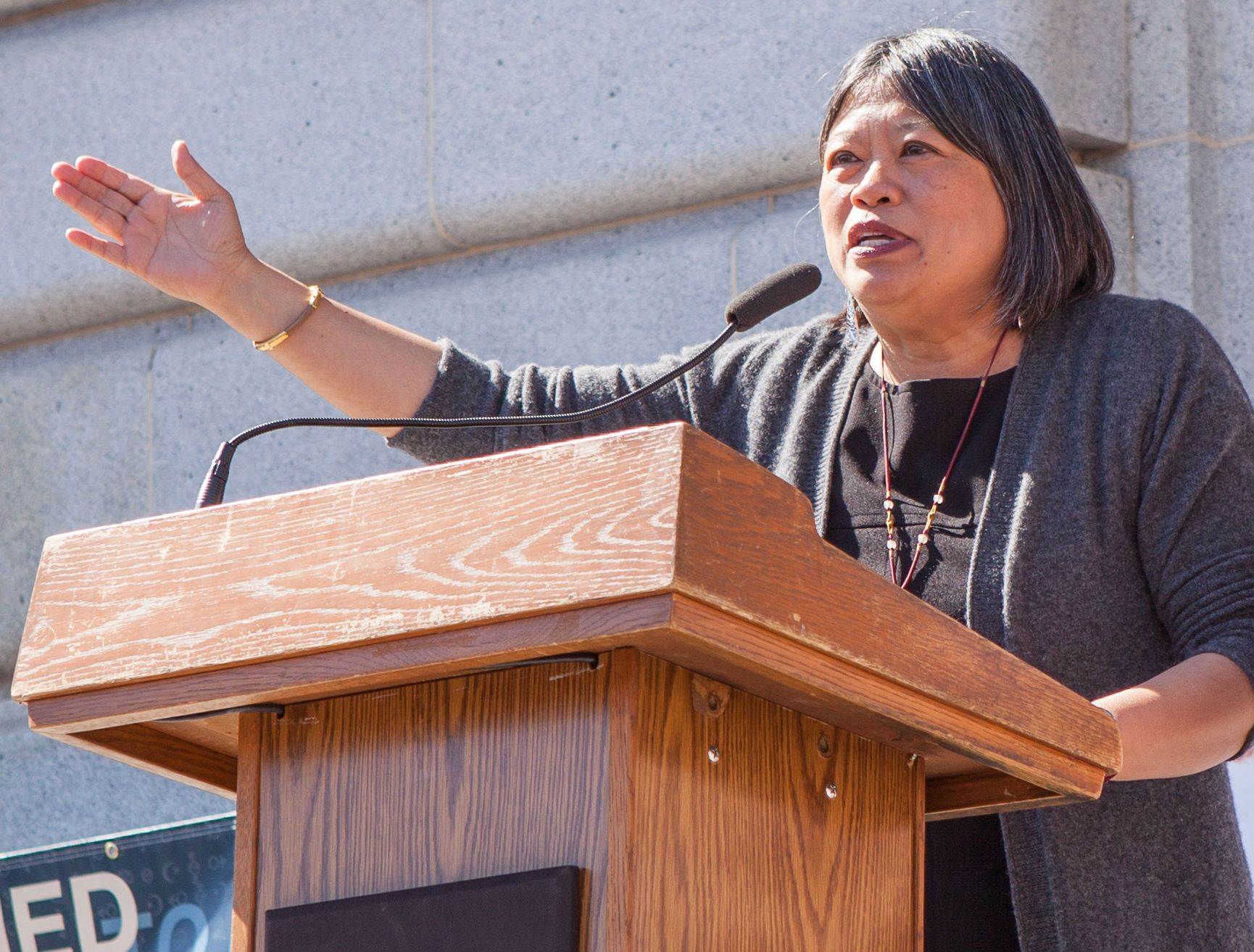 The retiring Supervisor is the chief architect of legislation that would require landlords to report reams of information about their business to the Rent Board. Fewer is convinced that the City needs more transparency in its housing stock and wants the board to have new fangs to track landlord-tenant relationships, investigate housing services and rents, and better administer the ordinance.

We strongly objected to the colossal database on many grounds and made our case against it here. 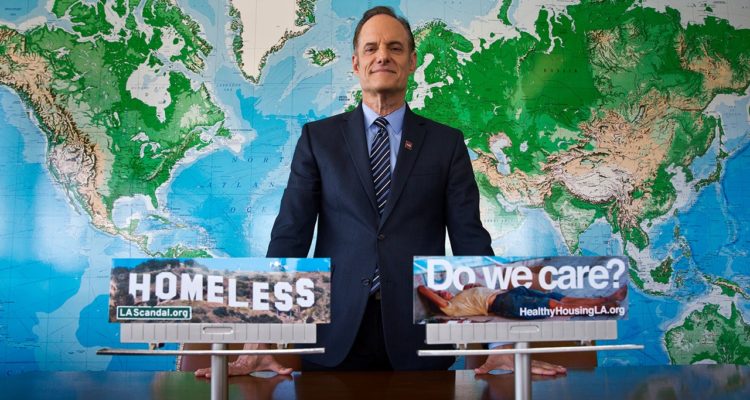 In his quest for the expansion of draconian rent control measures, the head of the AIDS Healthcare Foundation can’t seem to take no as an answer.

After voters overwhelmingly rejected Proposition 10 in 2018, Weinstein reincarnated a different ballot measure in 2020 that shared the same fate.

Millions of dollars were infused into a campaign that would authorize local governments to bring back vacancy controls, cap rents between tenancies, and allow cities and counties to apply local rent ordinances to newer apartments – as soon as they turn 15 years old – and to a greater number of condos and single-family homes.

The advertisements aired to persuade voters were widely decried as misleading. 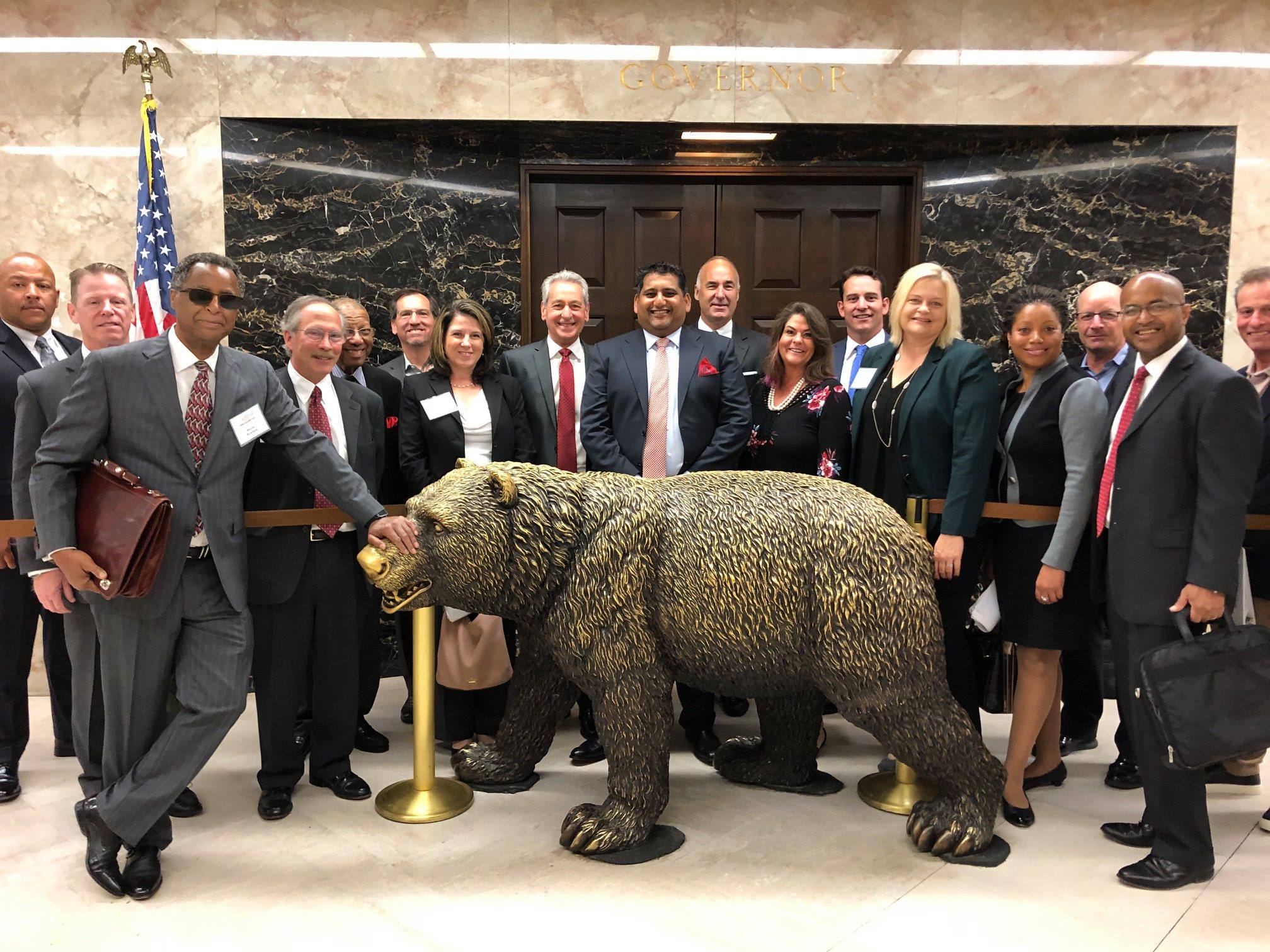 Like Debra Carlton, Sid Lakireddy has advocated vigorously for landlords, but he has a special affinity for smaller landlords. While larger landlords might have the cash to compensate for a small number of tenants not paying rent during the pandemic, smaller landlords often do not, says the President of the California Rental Housing Association (CalRHA). CalRHA is composed of organizations that broke away from the California Apartment Association and in less than 5 years, has amassed more individual members and rental units covered than any other group. 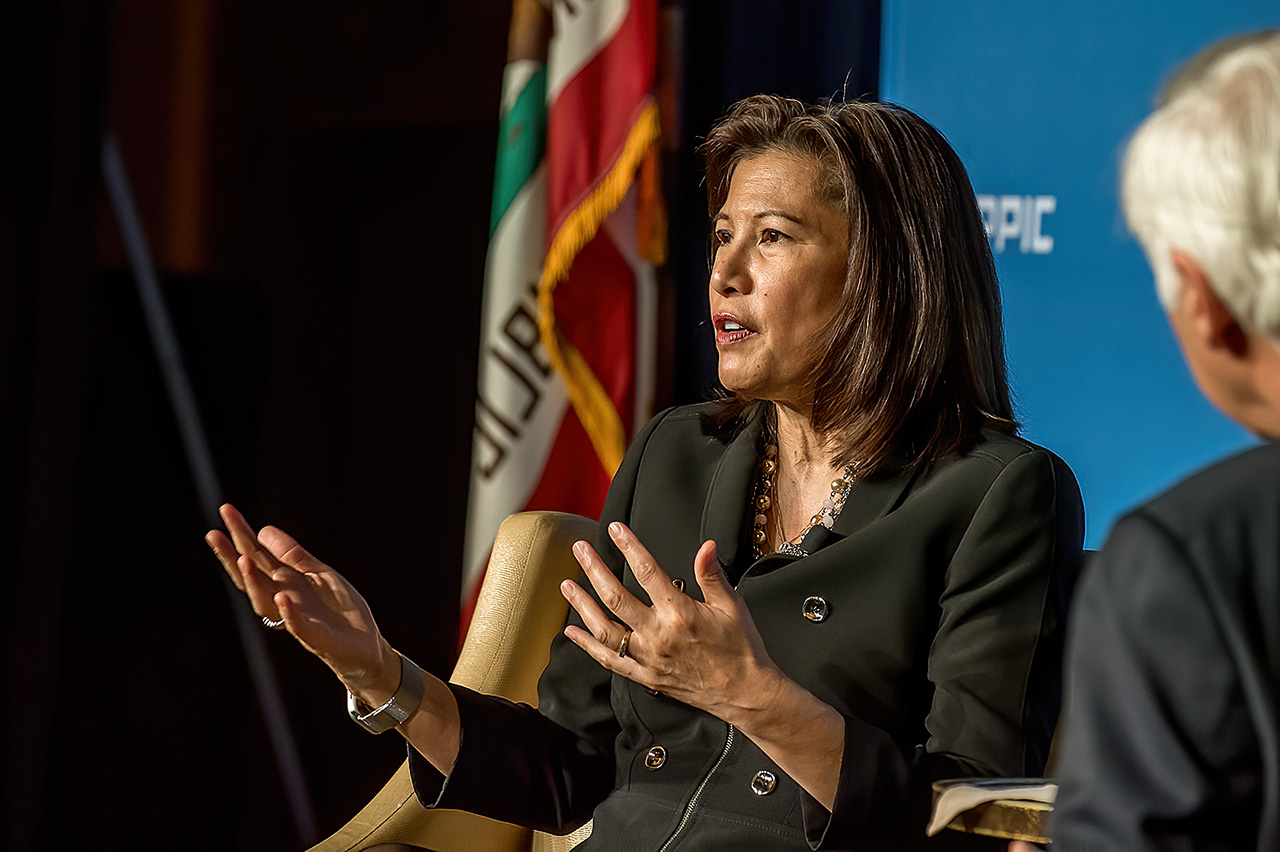 When Governor Newsom gave unprecedented power to the policymaking arm of the California judiciary to halt evictions, it rose to the occasion by enacting temporary emergency rules that suspended court actions on evictions and judicial foreclosures during the COVID-19 pandemic.

With pending litigation that argued it is not the role of the judicial branch to set housing policies, the Chief Justice Cantil-Sakauye agreed and nudged lawmakers and the Governor to do their job in crafting solutions to the economic fallout of COVID-19.

“The duty of the judicial branch is to resolve disputes under the law and not to legislate. I urge our sister branches to act expeditiously to resolve this looming crisis,” she said in a statement. Landlords and building owners, many of who are facing financial distress and lapsed mortgages of their own, celebrated the Judicial Council’s about-face. 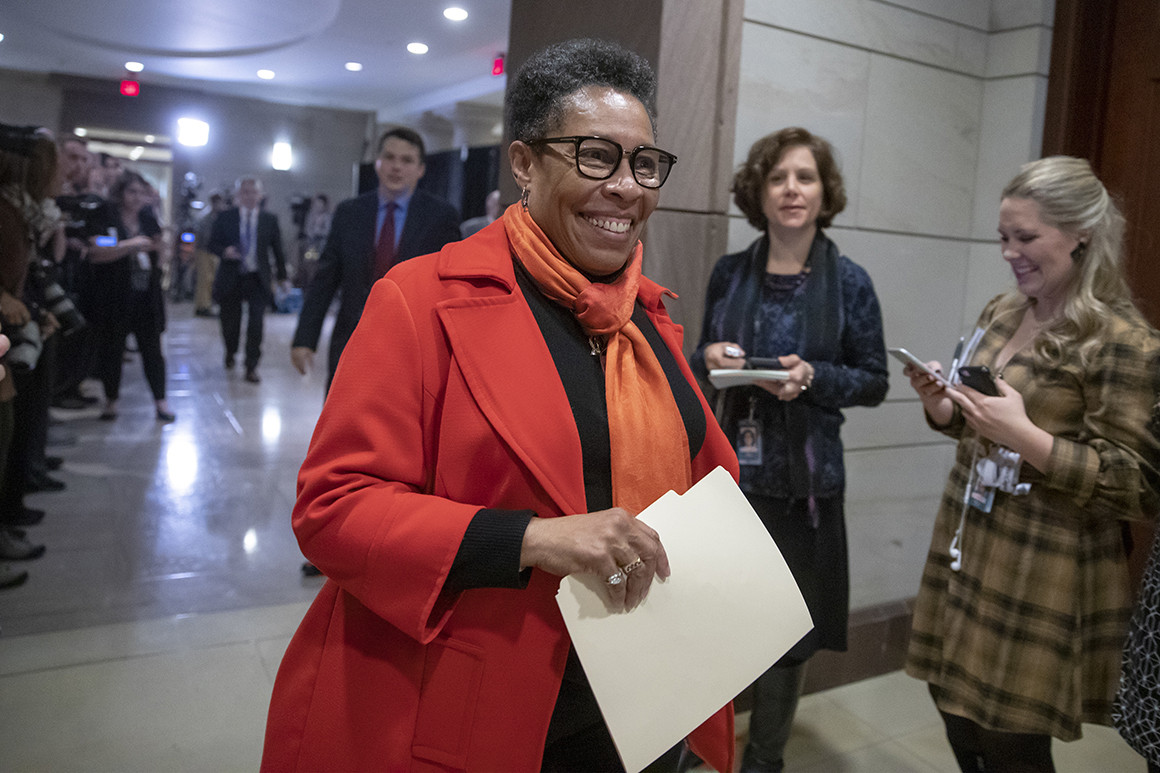 The incoming HUD secretary will inherit an acute housing crisis with millions of people behind on rent and mortgage payments. A Biden administration is expected to lobby for billions of more dollars in rent relief, and HUD will likely push for more funding to address the intractable homelessness problem.

We also predict that rental applicants and tenants can sue landlords for discrimination with greater ease. 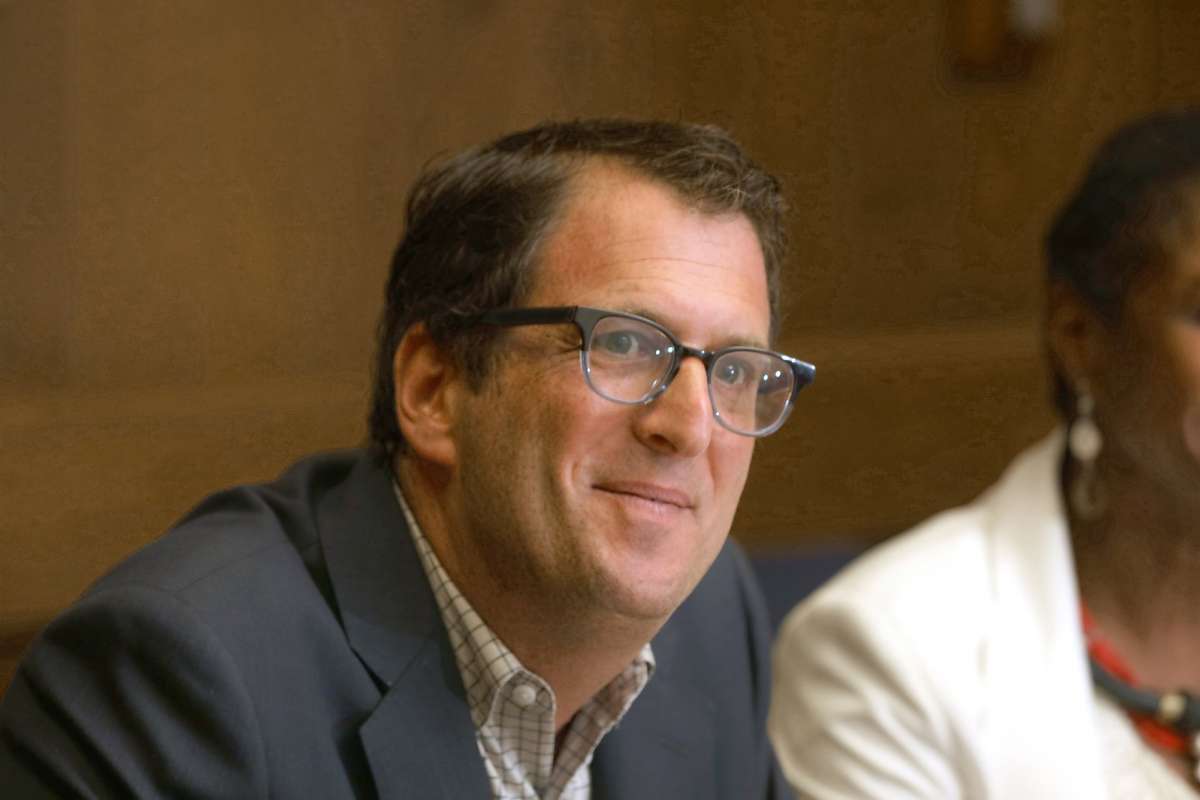 As a tenant defense lawyer and the founder of Tenants Together, Supervisor Dean Preston has been at the center of a movement railing against real estate industry excesses. With a deep distrust of the free market’s ability to address housing needs, the District 5 Supervisor has been vocal in his calls for tenant protections.

Preston was the chief architect of the city’s ban on no-fault evictions like owner or relative move-ins and capital improvements. Yet there seems to be a soft place in his heart for small landlords who should not be “left out of in the cold if tenants can’t pay rent because of COVID.”

With back rent piling up under the eviction moratorium, Dean Preston was the author of a Rent Resolution and Relief Fund, an initiative to provide funding for landlords whose tenants have been unable to pay rent because of a COVID-19 related hardship. 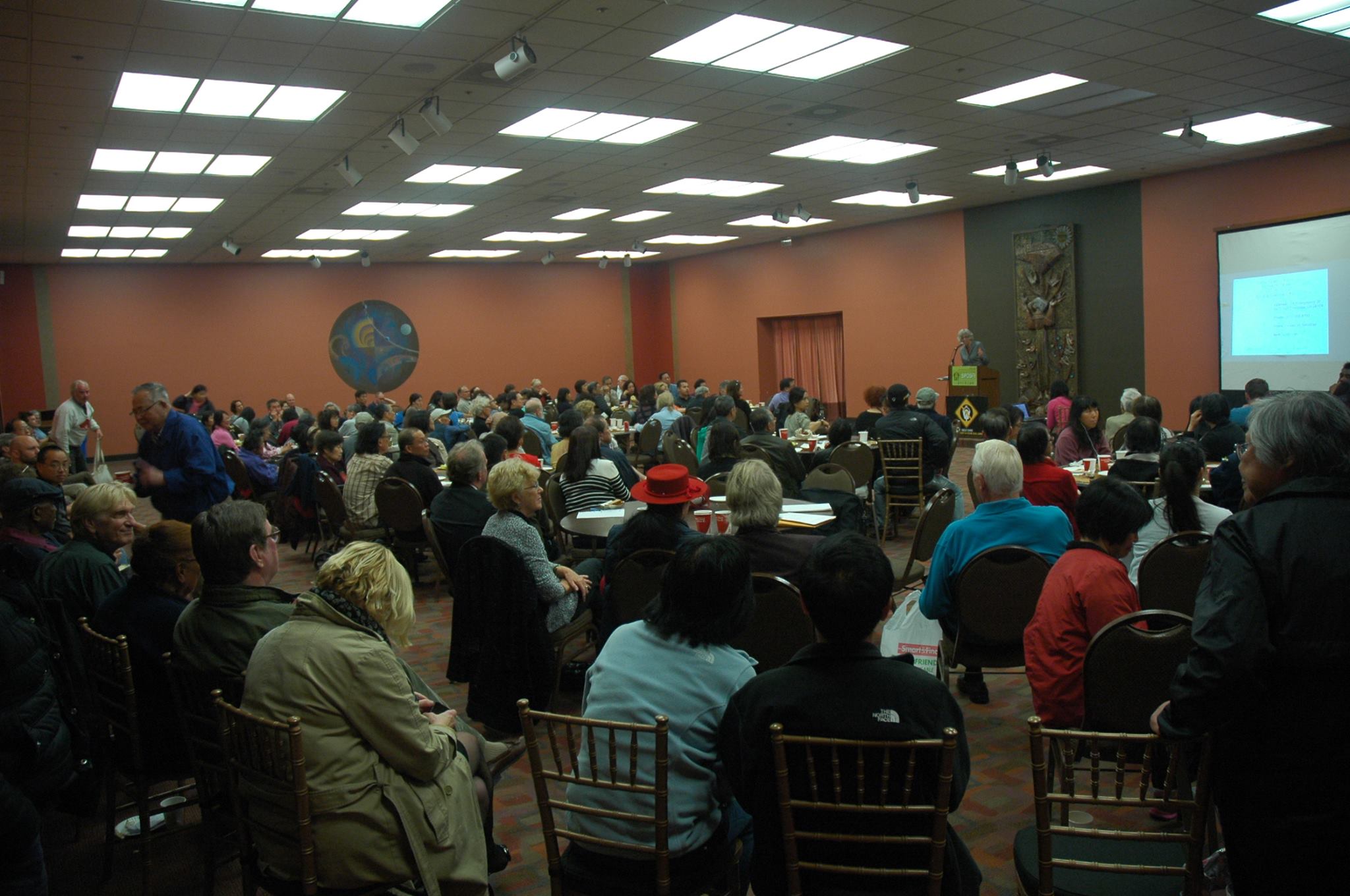 Since Noni bought a pair of flats in 1974 and rented out a four-unit building near her home, she has embarked on a mission to advocate for the rights of “mom and pop” landlords in San Francisco.

Never one to mince words, the head of the San Francisco Small Property Owners Association Institute has been outspoken in providing a counter-narrative in a time when political rhetoric falls squarely on the side of tenants.

For Noni Richen, this is not a David versus Goliath battle. She correctly points out that small landlords are bedrocks in our community and provide the biggest segment of safe, clean, and affordable housing. If you ask her, landlords are worried about how they are going to pay their expenses while renters are comfortable and safe. Tenants are clients and customers and contrary to what some might say, it is not in the best interests of landlords to evict anyone.

The organization has provided more than lip service. SPOSFI has joined other landlord and realtor groups in suing San Francisco over its temporary eviction ban. Although that lawsuit was in the loss column, Noni and company would score a victory by successfully arguing that San Francisco’s amended buyout ordinance is invalid and unenforceable. 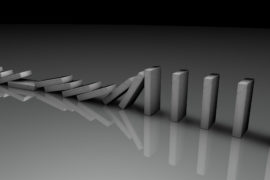 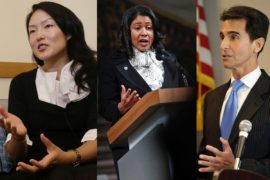 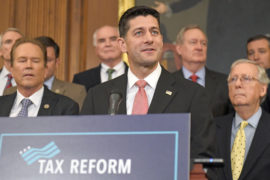