Accessory Dwelling Units, also known as ADUs, granny flats, secondary units or cottages, are pint-sized units added to a property inside the envelope of an existing building and are typically developed in an underutilized area such as a garage, lower level storage area, attic space and the like. Traditionally, these compartmentalized units have been used to house relatives, but have been lumped into a larger public policy of increasing affordable housing stock, period.

In theory, these small dwellings could be a solution to California’s housing shortage because of their low cost and immediate feasibility, but in the real world, ADU projects have been costly and lengthy. We are encouraged, though, that the needle of progress is finally moving in the right direction.

We came across this scholarly report prepared for the San Francisco chapter of the Urban Land Institute entitled, “Jumpstarting the market for accessory dwelling units.” Drawing from the successes in Seattle, Portland and Vancouver, the study concludes, among other things, that making loans more accessible to more homeowners will spur ADU production. 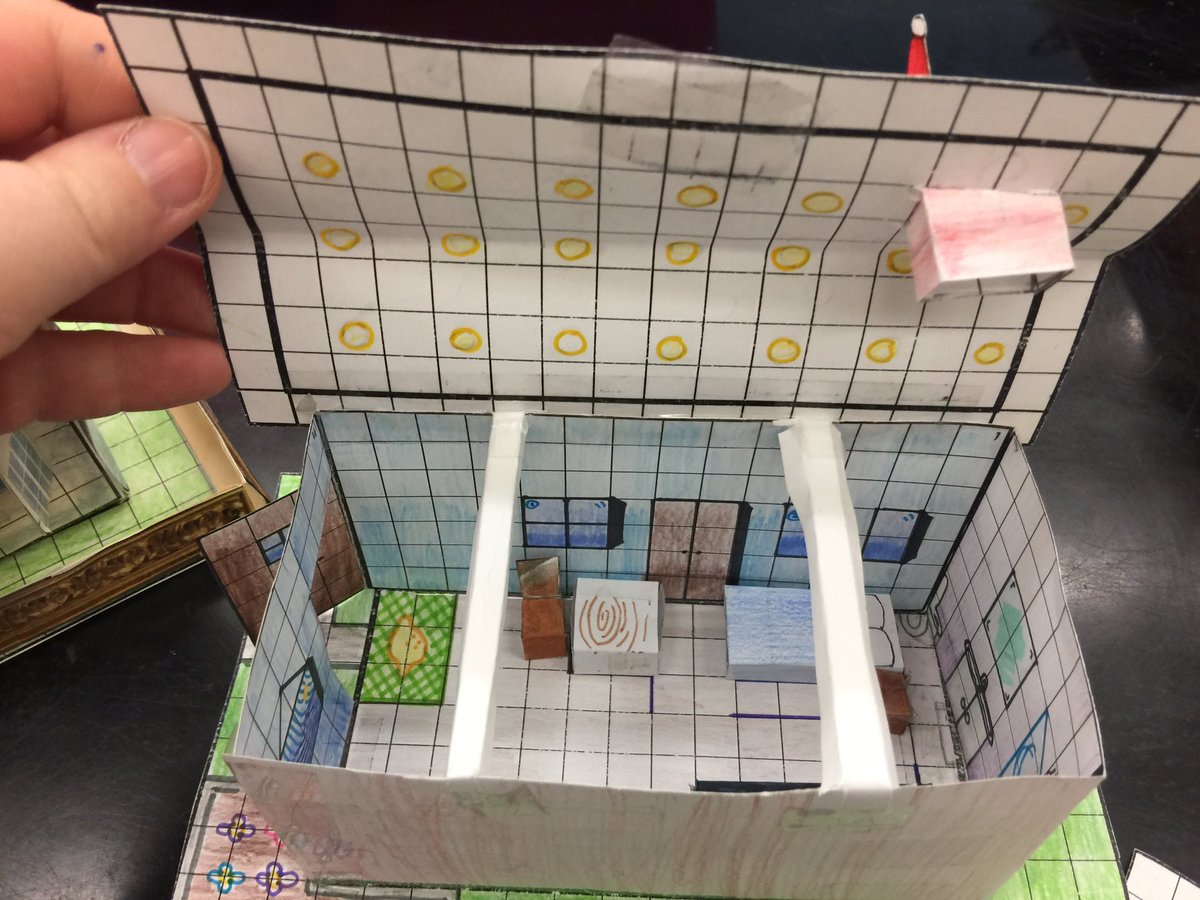 San Jose, for one, got the memo and is taking the charge by releasing pre-approved floor plans for minimalist prefab homes. But, the pot is sweetened by a newly minted, city-funded loan program that would put $20,000 into the budgets of eligible homeowners to drop these pint-sized into backyards throughout the city.

Redwood City-based Abodu was the chosen one in designing the first round of pre-approved ADUs for San Jose households, and you can get a glimpse into the 495-square foot home here. For the price tag of $199,000, you can have a backyard cottage delivered and installed within two weeks.

San Diego has also been an early adopter and San Diego County Supervisor Dianne Jacob makes her case for slashing the red tape and cost barriers attendant to ADUs to make a dent in solving housing needs.

Up until the 911 calls for increased housing stock, land-use policy remained sacrosanct, no matter how dysfunctional the outcome.

Through carrots and sticks, the state has attempted to cajole housing-starved municipalities to take sensible steps toward slashing regulations surrounding ADUs, but a recent spate of laws has increasingly taken the form of a cudgel. Legislators have removed burdensome regulations like minimum lot sizes and setback requirements and have allowed up to two ADUs on every single-family lot. Senate Bill 13, meantime, axes owner-occupancy requirements and limits impact fees.

Even in San Francisco, the capital of burdensome rules for owners,  lawmakers have unanimously voted for a pilot program to waive Department of Building Inspection fees for ADUs, though the effective date has yet to be announced. For its part, though, the city has prepared an extensive guide with the attempt to sell the benefits of ADUs.

As pioneers in navigating the permitting and legal complexities of constructing Accessory Dwelling Units or legalizing units in the shadows, Bornstein Law is encouraged that California and local municipalities have put away the scalpel and are taking a machete to convoluted city permits, exorbitant fees and other red tape.

Refreshingly, while we normally refer to added regulations when we cite a new regulatory regime, the one upon us now has peeled back onerous rules and so it may be time to reconsider whether building or legalizing an ADU makes more sense today. Of course, you can count on Bornstein Law to help you evaluate the risks an opportunities involved.

A little bit off the mark?

“After weeks of political wrangling, San Francisco is poised today to approve legislation that would allow the creation of tens of thousands of in-law units within existing buildings.” That was the intro to this 2016 article on the day the Board of Supervisors voted to alleviate barriers to construction of accessory dwelling units (ADUs), known colloquially as in-in-law units, granny flats, and other terms.

It was estimated that upwards of 30,000 affordable housing units would be carved out in privately owned buildings, but this goal was a tad ambitious – with 23 units built, there are 29,977 more to go.

There has been a romance lately with ADUs and even we were guilty of touting the benefits of new incentives to building a residential unit in an underutilized area of a property. But recent numbers have soured the love affair.

Although a lot of lip service has been paid to the benefits of ADUs, this San Francisco Business Times article reports that the number of units that have sprouted up are in the double digits.

In 2016, the gravity of the housing shortage was beginning to register for San Francisco. Recognizing this deficit and understanding that many properties have space that is not being used to its highest potential, the city passed Ordinance No. 162-16 in September of 2016 to allow their construction citywide.

In an oldie but goody, take a look at this San Francisco Planning Department’s video that rolled out the program, noting the unique and important role that ADUs play in a neighborhood’s housing supply. It was a good sales pitch, but many San Franciscans are experiencing buyer’s remorse.

After the law was ushered in, we assisted several clients in evaluating the risks and rewards of building a residential unit in an underutilized area of the property. Exuberant owners looking to take advantage of laxed Planning Code requirement found that building codes were still maddening to a lesser extent, as they jumped from the fire into the frying pan.

There’s plenty of finger pointing to go around. Although frustrated owners balk over the approval process and run into obstacles when it comes to passing fire code and other requirements, San Francisco Fire Department Fire Marshal Dan de Cossio told the Building Inspection Commission that “the onus to meet code and the requirements falls on the design professional, falls on the architect of record, engineer of record, etcetera.”

Marcelle Boudreaux heads the Planning Department’s accessory dwelling program and related to the same Commission stories of vexed architects that do not know how to properly advise their clients in the absence of guidance from city agencies, notably the Fire Department tasked with overseeing rescue windows and egress requirements. All agencies involved are hashing out the details on accelerating the approval process and breaking the logjam, so we will watch to see if the pace is picked up.

While only 23 ADU’s have been built among the 109 permits issued for new construction, the legalization of once illegal units stacks up a little better. With tens of thousands of illegal ADU’s estimated to be in the shadows, the City has received 658 permit applications of owner volunteering to legalize these units, of which 163 have completed the process.

Although these numbers are discouraging, property owners should not abandon their endeavor to build a backyard cottage but proceed with proper counsel. With a 23-year tradition of advocating for owners, coupled with tentacles in the property management industry and access to reliable contractors, Bornstein Law is best equipped to assist you in erecting an ADU or legalize an illegal unit that is eligible for proper permitting.

Accessory Dwelling Units (ADUs), colloquially known as in-law units or granny flats, are gaining popularity throughout the Bay Area and beyond. Once vilified as a way of cramming more people into tighter spaces or deemed as a way for profiteering homeowners to make money without obtaining permits, these pint-sized units are back in vogue with the Golden State woefully behind on the home production needed to keep pace with a burgeoning population.

With construction on the upswing, there are still other illegal units that are eligible for proper permitting.

The ease of building in-law units become a newsworthy topic across many Bay Area locales lately. This SF Chronicle article shows the creativity of San Francisco Landlords in carving new apartments out of everything from garages and basements, to old boiler rooms.

While in-law units are commonly added to single-family homes in Bay Area cities, most of the activity in San Francisco is happening in larger apartment buildings. San Francisco is unique in creating an ADU program for multifamily buildings, rather than only single-family homes. “It’s a soft way to increase density in a dispersed fashion without changing the physical landscape very much”, says Kristy Want, policy director at the urban think tank SPUR. Other municipalities throughout California are removing roadblocks to in-law unit construction by enacting their own local ordinances, changing the shape of housing as we know it.

“Whether detached, attached, part of a residential cluster or in a multiunit building, more and more dwellings in coming decades will look less and less like the home you now inhabit or the home where your parents grew up”, submits this Washington Post Article. This shifting composition of housing is healthy, in our view, and at Bornstein Law, we are encouraged that long-standing, obsolete zoning ordinances that have stifled housing opportunities and impeded real estate development are finally being revisited or unstripped. 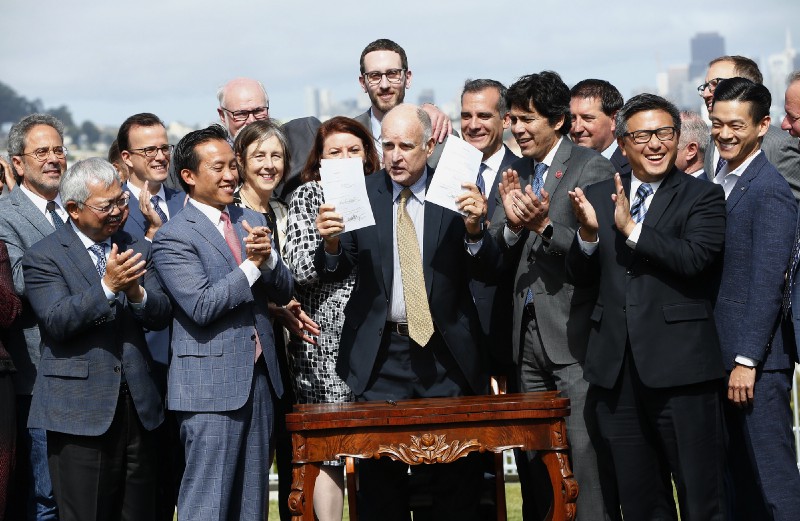 The sprout of in-law units are compliments of legislation signed by Gov. Jerry Brown designed to reforming building laws for in-law suites and help the housing crunch. The two-pronged set of bills, AB 2299 and SB 1069, put local municipalities on notice that onerous restrictions on building in-law units would be “null and void” and until such time local government adopts its own ordinance that aligns with State law, the standards of Government Code §65852.2 will be enforced.

State Law essentially puts local governments in check by revoking city-level ordinances that impede construction of in-law units — from parking restrictions to fire sprinkler requirements to exorbitant costs — making way for new and comparatively lenient, baseline criteria for approval. This has effectively tilted the balance of power in favor of in-law units and recognizes the role they can play in putting a dent in the housing shortage.

Certain obstacles that were axed in the legislation include:

Although the state has issued guidance on what a municipality can and can’t do, it stops short of writing the city’s ordinance — that is the prerogative of local government. Ordinances vary widely throughout the Bay Area, and making sense of the planning and building regulations are best approached with a real estate attorney that is intimately familiar with the building codes and rules formally adopted in your locale.

In parting thoughts, there is a large rental housing stock throughout the Bay Area that is considered “illegal” for any number of reasons such as unpermitted construction or lack of a certificate of final completion or occupancy. These illegal units can incur the ire of building inspectors that demand their removal, tenancies may be subject to “just cause” eviction provisions, and even invite tenants to make the claim they are not legally obligated to pay rent.

Owners that want to come out of the shadows to legalize their illegal in-law unit should be buoyed by the fact that more often than not, cities prefer to legalize, versus remove, these illegal dwellings. Doing so can add value to the property and provide a level of certainty and security that is only enjoyed by a compliant landlord.

Whether you are contemplating the construction of an in-law unit or looking to bring your illegal in-law unit up to compliance, it’s of utmost importance for property owners to evaluate the law and its impact on your real estate. As the foremost experts in in-law planning, our goal is to educate you on the risks and potential rewards to make an informed decision as to whether these secondary units are right for you, given your unique circumstances.

As always, Bornstein Law is happy to engage any questions. Contact our office today.