Billionaires can help economically distressed landlords and tenants with a sensible solution.

Tenants are fearing homelessness, while many cash-strapped landlords are in dire straights. Private-sector interest-free loans could assuage the fear of eviction while keeping landlords solvent.

When COVID-19 reared its ugly head, tenants’ advocates sounded the alarms, and lawmakers heard the call. Fearing massive displacement of renters who have lost income due to the pandemic, and with unemployment benefits ending soon, politicians have gotten together to enact ever-expanding eviction moratoriums and a wide range of tenant protections.

Meanwhile, landlords are struggling and especially mom-and-pops who are bereft of income. We were disheartened by a survey conducted by the Terner Center for Housing Innovation at the University of California, Berkeley that reported 1 in 4 small landlords have borrowed funds to absorb costs and some are on the brink of going out of business or losing retirement funds.

Relief proposals have been lopsided

There is no doubt that this virus and the economic fallout does not discriminate against landlords or tenants. Everyone has suffered. There is no “tenant camp” or “landlord camp.” The question now is how to bounce back and find equitable solutions that recognize the pain of both tenants and rental property owners. Thus far, the proposals have been lopsided.

In Sacramento, several crackpot measures like reducing rent across the board by 25% (AB 828) and giving tenants years to pay back COVID-related debt have been defeated or stalled. SB 1410 was one of the few bills that acknowledged the hardship of landlords. In its original form, SB 1410 would pay 80% of back rent to landlords in exchange for reasonable concessions. The re-worked bill was watered down, however. and would not have provided much-needed cash assistance to landlords. Instead, owners would be entitled to tax credits spread out over many years. With the proposal butchered, SB 1410 lost its blessing from the California Apartment Association (CAA).

Mortgage forbearance is a band-aid fix

Another bill, AB 1436, would be a token act that grants a one-year mortgage forbearance to small landlords with up to four units; landlords with five or more units could request just six-months forbearance. Although branded as landlord relief, AB 1436 provides no aid to landlords trying to make ends meet.

A reality that often goes unacknowledged is that when owners don’t make money from their rental properties, tenants suffer. Maintenance, upkeep, and necessary repairs fall to the wayside.

There are other measures we won’t survey here, but suffice it to say that after looking high and low, we could not find any legislative proposals that assist in helping owners. It’s been said by one former California governor and president that government is the problem and not the answer, but there is a private market that is willing and able to chip in and offer solutions.

Bay Area wealth can put a big dent in the crisis

Let’s explore the possibility that vocal, socially conscientious people who have the means to make a difference can step up and actually put a dent in this crisis.

Being in the tech capital of the world, there’s no shortage of money to go around. As Forbes reports, California is home to 165 billionaires, of which a good number reside in the Bay Area. Governor Newsom in his first days in office called upon tech giants to provide developers with low-interest loans to build housing for teachers, nurses, and other middle-class Californians. So asking well-to-do companies to help solve our current crisis is not a radical idea.

A lifeline for landlords

There have been numerous well-endowed individuals, corporations, philanthropies, and foundations who have raised their hand and said they want to be part of the solution. They can now step up and help preserve housing by giving interest-free loans to tenants in order to fulfill past due rent. In so doing, they would give a lifeline to landlords who depend on rental income to sustain life and maintain the comfort and amenities that tenants want and demand.

“Someone needs to tap (the billionaires) on the shoulder, and say, ‘Now is the time to be there for us. What are you waiting for? This is the crisis.”

This is what Daniel Bornstein told the San Francisco Chronicle, and the publication conceded it’s not that far of a stretch considering Jack Dorsey, the head of Twitter and Square, forked over $1 billion to coronavirus relief and donated $10 million to close the digital divide for Oakland students.

Facebook, Apple, and other huge tech companies have put their money where their mouth is by pouring many millions into affordable housing programs. How about a similar effort—a private-sector pool of wealth providing interest-free loans—to enable tenants to pay their rent? Many tenants need the funds now—and landlords rely on that money. True, state and local moratoriums on evictions for pandemic-related non-payment of rent still obligate the tenant to pay their back rent, but they defer that obligation to the point that it becomes increasingly unlikely that the tenant will be able to pay it back—especially if she has accrued up to 15 months of indebtedness, as AB 1436 would have allowed. Worst of all, however, these eviction moratoriums place the burden entirely on the owner to collect the back rent, an effort that anyone who’s been through it knows, is costly, time-consuming, emotionally draining—and often unsuccessful.

Obviously, many details need to be worked out for the successful implementation of this model. For example, who would administer the loans? Would the funds be disbursed directly to the landlord in order to ensure that the money gets spent to pay rent and not simply into the pockets of unscrupulous tenants? Having the private sector step in to get the money flowing to keep both tenants and landlords solvent is far faster and far more efficient than looking to government to do it. It’s the smart thing to do.

We call upon those with the means to make a real difference in the current crisis. It’s altruism at its best, but it’s also enlightened self-interest and good business. To the billionaires, we say: “You’ve made money. and now it can really matter.”

Editorial note: A special thanks to Gideon and our friends at the Small Property Owners of San Francisco Insitute for contributing to this blog. 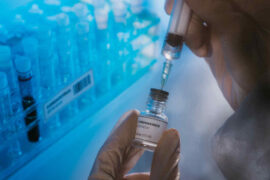 Debate on whether employers can mandate vaccination 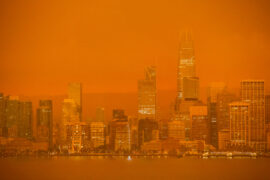 Orange skies a metaphor for landlords 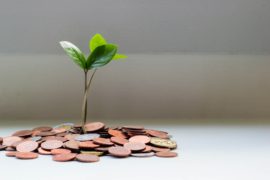 The appeal of tenant buyout agreements have come full circle