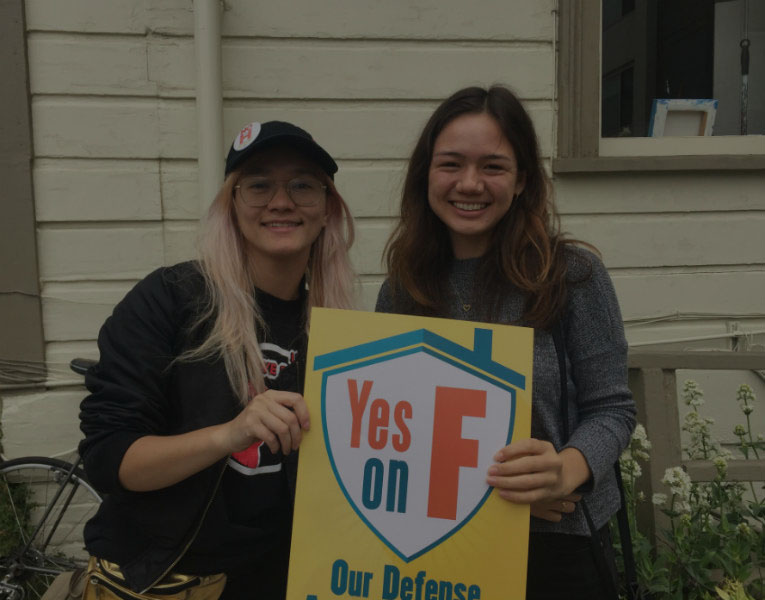 Tenant advocates are in a celebratory mood after Proposition F sailed to victory in Tuesday’s special election. In an only-in-San-Francisco moment, 56 percent of the voters passed the measure, which guarantees free legal representation to tenants facing an eviction, regardless of the underlying cause for the eviction.

Dubbed the “No Eviction Without Representation Act,” the measure also makes no distinction from poor tenants or the well-to-do – counsel is afforded to tenants of all income levels, including the wealthy, without means testing to determine if the person headed for eviction has a genuine need for free legal help. The city controller estimates this ambitious initiative will cost between $4.2 million and $5.6 million annually.

Bornstein Law joined the San Francisco Apartment Association and other industry partners in opposing the measure, but the people have spoken. With Proposition F the law of the land, we won’t dwell on the colorful storyline that led up to the law being minted, but instead, focus on what this means for rental property owners in the wake of its passage.

Rest assured, the newly appointed tenant attorney will make every effort to delay the unlawful detainer by using tactics and wedging obstacles that are beyond the sophistication of tenants who ordinarily would fend for themselves if not for the free legal aid.

In an earlier post on California’s implied warranty of habitability, we noted that it is not uncommon for non-paying tenants to claim that the rental unit is unfit or unsafe for humans to occupy, a favorite gambit tenant attorneys use to drag on an unlawful detainer action. This affirmative defense is rarely successful, but clever smoke and mirrors are used to delay the inevitable eviction.

Other stalling tactics include any number of frivolous pre-trial motions, such as a “motion to quash service,” motion to strike, allegations of discrimination, and still more demurrers designed to put a monkey wrench into the court case and ratchet up the legal costs of owners, who have no legal entitlement to free legal counsel but are forced to pay attorneys fees to defend against assertions that oftentimes go unsupported by any evidence.

Don’t kick the can down the road

From our hard-won experience, many rental property owners are conflict avoiders and would rather kick the can down the road in hopes that a failed relationship will resolve itself on its own. We have always warned these wishful thinkers that an unlawful detainer action can take some time. Translation: if swift and proactive action is not taken at the outset of the dispute, the landlord can lose months of rent by waiting for the unlawful action to play out.

The message of addressing a problem early on is one we’ve been parroting to rental property owners for years, but now must be amplified on the heels of Proposition F because, rest assured, the newly appointed tenant attorney will make every effort to delay the unlawful detainer by using tactics and wedging obstacles that are beyond the sophistication of tenants who ordinarily would fend for themselves if not for the free legal aid.

Our biased or not-so-biased conclusion

When Proposition F first appeared on our radar, we debunked its logic in the blogosphere, on social media, and in thousands of emails.

If we didn’t steadily rail against it, you might think we are opportunistic by saying the measure calls for aggressive representation and a counter-narrative by a law firm dedicated to protecting the rights of rental property owners and standing up to tenant attorneys.

We are open for business.