Caught in the crosshairs of an affordable housing crisis and a homeless epidemic, vacant property owners are seeing their properties being taken over by unwanted occupants, facing a punitive vacancy taxes, or both.

The occupation of vacant homes has been a newsworthy subject lately, brought to the limelight by single, working women and their children who took over an empty, investor-owned West Oakland house in November. The difficulty of homeless mothers trying to make ends meet amid high rents is certainly one that many can relate to or empathize with, and so the timing was perfect to spawn a movement known as Moms 4 Housing, a group that encourages people to seek comfort in other people’s homes without permission, much less a lease agreement.

Although the cause of preventing homelessness and giving a boost to working mothers is a platform that no one can argue with, the group’s means to an end has been put to the test.

While most squatters live in the shadows, there was nothing clandestine surrounding the move into a house on Magnolia Street that has purportedly been sitting empty for two years.

In front of a throng of reporters, community leaders and supporters, the unauthorized occupants and ambassadors for Moms 4 Housing used the stage to protest the lack of affordable housing in the Bay Area, calling special attention to greed-fueled speculators who they see as profiteers in the widespread displacement of struggling mothers throughout the Bay Area.

Come their day in court, however, an Alameda County judge ruled against the high-profile Moms 4 Housing movement. A one-page order now lands on the desk of the sheriff’s office to evict within five days.

With four mothers now camping out in the property, the household refuses to admit defeat and vows to continue the crusade to protect the human right of housing. Their ambitious agenda includes using eminent domain to reclaim property from corporate speculators and outlaw short-term rentals.

The anger of the emerging group is very heartfelt and legitimate, with virtually everyone agreeing the affordable housing dearth is unacceptable. Mayor Libby Schaaf goes a step further in an email statement, saying “the path to undo the harms caused by decades of exclusionary housing policy is to adopt legislation” that requires an “array of transformative changes that will help lift all of us out of this crisis.”

However, we were hard-pressed to find any officials or other sober-minded third-parties who condone the takeover of vacant homes as an acceptable means to accomplish meaningful change – certainly not Wedgewood Properties, the Southern-California-based real estate investment company that successfully staved off the continued occupation of its property.

Bornstein Law has not been a Johnny-come-lately on this subject. We have always maintained that the housing crisis is due to a multiplicity of factors and that owners should not be assigned inordinate blame. Nor should they bear the brunt of solving it. It takes an entire community to tackle this intractable issue, our founding attorney told the San Francisco Chronicle when asked to weigh in on the story.

Telling the Chronicle that allowing the mothers to stay implanted in the home would open a floodgate of people moving into vacant properties and staking a claim to the right of occupancy, Daniel Bornstein says there is a sense of unfairness in the  expectation  that owners  should  shoulder  the  responsibility. 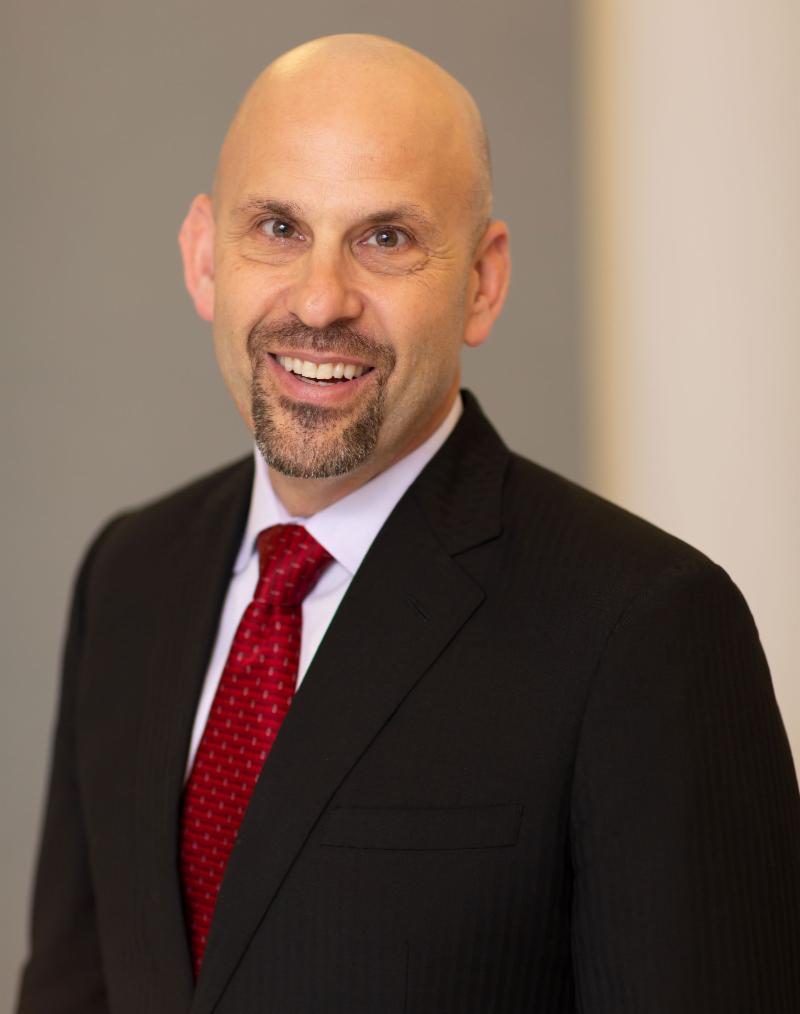 You’ll get some argument from the attorney for the mothers. While ‘people over property’ has been a clever phrase coined for tenants’ advocates, it is not about private property versus human rights – it’s about challenging “certain business models that are destroying the fabric of our society,” according to Leah Simon-Weisberg, the legal director for Tenant Rights Program at Centro Legal de la Raza and acting counsel for the protesting mothers. She goes on to say that for-profit developers take advantage of the housing crisis.

Such lofty arguments had little sway in a court that is not tasked with reshaping housing policies and upending industries, but merely to decide whether the mothers are legally entitled to take possession of the Magnolia Street dwelling. Although the defendants filed a right to possession claim, this was a shot in the dark with no legal merit.

In an earlier post, we dived into the law surrounding squatters’ rights, the legal hurdles unauthorized occupants have to overcome when making an adverse possession claim, and how owners can take back their property with a forcible detainer action.

However insurmountable the odds of winning the legal entitlement to a property after breaking into an empty house with family and belongings in tow, it has been done. In a related story, The Mercury News recently followed the path of one man who moved into a dilapidated Oakland house and sued to be declared the home’s rightful owner – in this instance he prevailed.

Regardless of the outcome of the case at hand, a movement has been galvanized by the empathy and momentum their cause has gained. The undercurrents have even percolated to Saturday Night Live. When making his return debut to the show, Eddie Murphy reincarnates the beloved “Mr. Robinson” to make light of weighty issues like gentrification and squatters’ rights.

We all understand there is a crisis, but fixing it requires some creative problem solving and a constructive dialog that is often lacking in a contentious housing debate. You might think a group who advocates for the entry of vacant homes out of necessity and to protest a lack of affordable housing might welcome Senate Bill 50, dubbed the “More Homes Act,” with open arms.

Instead, Senator Scott Wiener’s ribbon-cutting ceremony of his revised bill was disrupted by protest.

San Jose Mayor Sam Liccardo also chimed in, tweeting, “Am puzzled to see @moms4housing take such an adversarial posture toward #SB50, which could do more to produce affordable and accessible housing than virtually any other bill in the last decade.”

We’re loosely reminded of former President Bill Clinton’s advice to the Occupy Wall Street movement, which was gaining steam at the time in raising awareness of income inequality, though the disconnected group was inept at rallying around a solution or even articulating any.

“I think what they should do now is work amongst themselves and with officials and business leaders and other labor leaders… I would organize some meetings and I would try to come up with one to three things that I was for. We know what they are against but now they have to be for something. So that would be my recommendation.” 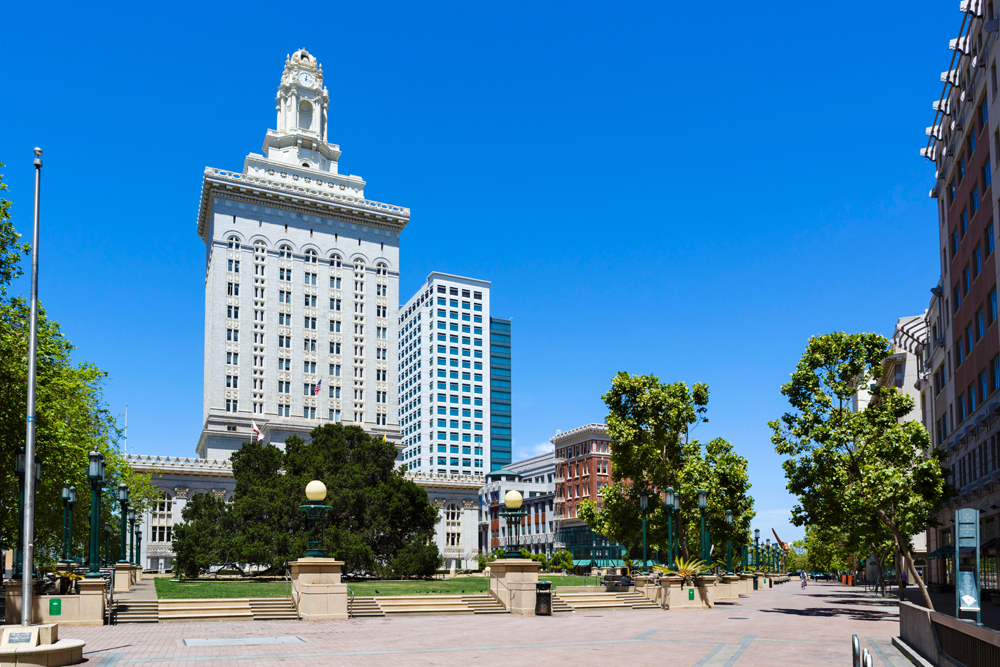 If elected officials do not embrace the illegality of occupying someone else’s home, they turn to a favorite tool to frown upon underutilized land and properties that can be better used for the public good – taxation.

In an early post, “Vacant property owners a whipping boy with new tax,” we said that Measure W, known as the Oakland Vacant Property Tax, saddled owners of properties that go “unused” for more than 50 days with a punitive tax to fund homeless programs and services, affordable housing, code enforcement, the cleanup of blighted properties and illegal dumping.

We are not always the bearer of bad news – since we last took on the subject, we can report the City eased the sticker shock for landowners subject to the new parcel tax on vacant properties, slashing the $6,000 annual fee in half for most people. Although over 70 percent of Oakland voters approved the measure because it was cleverly marketed, vacant land owners showed up at public meetings in droves in an attempt to add clarity to the ambiguous law and ask officials to cut them a break.

Owners say this concession is a good first step, but the tax remains a punishing expense for owners who are struggling to scrape up the funds to build. While this debate has been centered on well-funded speculators who presumably have the coffers to make vacant properties blossom to full potential, mom-and-pop owners have been largely left out of the discussion. We think a better route to encourage the development of vacant properties is to remove the maddening regulations that impede owners to build on their so-called vacant land.

This story is just one of many that color the challenges that rental properties face, but you can power through these obstacles with the informed guidance of Bornstein Law.

1970s-era environmental law assailed as an impediment to housing construction