Judicial council picks winners and losers during the pandemic

Taking away a property owner’s right to evict is unconstitutional, it is being argued in the courts, and the law is on their side.

The pandemic has been incredibly difficult for everyone. Although the cunning virus doesn’t discriminate against anyone and doesn’t care if you are a property owner or a tenant, or what political persuasion you may have, somehow landlords have been asked to bear the brunt of these tough times.

Fearing catastrophic unemployment and a tsunami of evictions, it seems that lawmakers got together to enact measures that protect tenants at risk of displacement, but comparatively little protections have been put in place for landlords. Now, owners are starting to speak up and commence litigation.

Bornstein Law has said now is not the time to raise rents. Many localities have a wholesale ban on rent increases, but even in the case when a rent increase is permitted under Costa Hawkins, or when owners can use “banked” rent increases, we have said the optics of raising rents now are not attractive. Nor is it the time for municipalities to rewrite state law by depriving owners of their unlawful detainer rights, but that is exactly the goal of some lawmakers who have used the COVID outbreak to usher in sweeping new protections totally unrelated to the crisis. We are encouraged that by filing lawsuits, landlord groups have ensured that owners will get their day in court and there will be checks and balances.

In commensurating and empathizing with our clients, we have regretfully said we can’t see the light at the end of the tunnel. In our last webinar, Daniel gave some grim predictions that but for the most egregious of circumstances, landlords cannot expect to recover possession of the rental unit until far-flung in the future.

The light at the end of the tunnel may now come in the form of a barreling freight train of litigation we’ll examine here.

The California Judicial Council has a valuable role to play, for sure. The stated mission of the policymaking arm of the judiciary is to ensure “consistent, independent, impartial, and accessible administration of justice.” This 21-person panel composed of trial judges, state bar representatives, legislative representatives, appellate court judges, and the state supreme court is tasked with administrative duties. They set procedural guidelines to keep the courts operating efficiently, but it is far beyond their purview to legislate or weigh the interests of society. The judiciary cannot step on the toes of the legislature and make law, but it appears that is what the Judicial Council did in issuing emergency rule 1.

An imbalance in the separation of powers is at the heart of litigation filed by the Pacific Legal Foundation. One of the plaintiff attorneys embroiled in the case, Michael Spoon, explains all of their constitutional concerns in this webinar hosted by the Apartment Owners Association.

One of the most compelling arguments being made is that under the fiat of the Judicial Council, unlawful detainer actions are suspended for 90 days after the state of emergency is lifted. Surely, the Emergency Services Act gives the Governor extraordinary police powers to temporarily suspend certain statutes, but this authority ends when the state of emergency is lifted – all statutes must be restored when Governor Newsom’s Executive Order is rescinded. How, then, can the Judicial Council deprive rental property owners of their unlawful detainer rights under state law for 90 days after the emergency declaration expires? They cannot, submits the Pacific Legal Foundation. 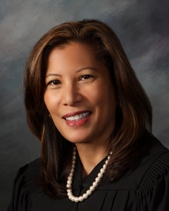 “All of us are endeavoring to balance justice against this overwhelming contagion in order to minimize illness and death… We are at this point truly with no guidance in either history law or precedent, and to say there is no playbook is a gross understatement of the situation.”

We applaud the good intentions of the judiciary to get ahead of a health crisis, but public policy cannot be made by this branch of government. At any rate, the unlawful detainer rights of owners should not be a casualty of the pandemic.

Evidence that the judiciary is making law is clear to see

The Judicial Council recommended on June 10 that the eviction ban should be lifted, but the top legal umpire, chief justice Tani G. Cantil-Sakauye, took exception. According to the Pacific Legal Foundation, she explained that she took the matter into her own hands because the legislature was not in session and there was no other functional arm of government to address a pending housing crisis.

As reported by the California Globe, Cantil-Sakauye’s refusal to lift the ban was influenced by low-income housing advocates and a UCLA  study that warned of mass homelessness if landlords were allowed to evict. We can only conclude by the chief justice’s own remarks that the judiciary has seized the moment to not just set procedural rules for the court but to create their own laws to deal with the impacts of the pandemic.

The plaintiffs express confidence they will prevail when the case is heard in September. At issue, though, is whether the government appeals and whether the eviction moratorium is put on ice during the lengthy appeal process. Let’s cross our fingers.

San Francisco given an inch, takes a mile

A recurring theme we have seen throughout the pandemic is municipalities pushing the envelope by exploiting the pandemic to not just preserve housing in a time of adversity but advance a larger agenda of tenants’ advocates. A case in point is San Francisco, and we can draw a parallel with the separate lawsuit lodged against the California Judicial Council. That is, rules or ordinances cannot conflict with state law that gives owners certain rights to recover possession of their property.

In San Francisco, any rent that has gone unpaid during COVID cannot be used as a reason to evict. Instead, it is reclassified as consumer debt. In an earlier post, we mentioned that several landlord groups balked at this ordinance and filed suit, claiming that once emergency declarations are lifted, the City cannot usurp the unlawful detainer rights of rental property owners. The landlord’s right to evict is sacrosanct under state law. Granted, the Governor can temporarily suspend these rights in a state of emergency, but once orders are lifted, localities cannot deny owners their rights afforded under California law.

The lawsuit brewing in San Francisco will come to a head on July 30. The Judge initially refused to issue an injunction that would strike down the ordinance but set a later date to hear the case on its merits. We will keep you informed on the progress.

Landlords have been asked to make an inordinate sacrifice for the community, and they have not been as vocal as tenants’ advocates. We recommend you join a trade group, contact your elected representatives, call the radio shows, or otherwise let your voice be heard in this exercise we call democracy. Contracts matter, and when landlords and tenants enter into an agreement, that agreement should be honored. Please speak up and say so.

Orange skies a metaphor for landlords

The appeal of tenant buyout agreements have come full circle